The tiger with three legs

Oh, the TIGER: The most sublime, the most fearsome of all the animal kingdom. And yet here in the circus ring, the tiger is nothing but a weight between a barrel and the ringleader. Here! Just cut off its fourth leg, it's too heavy for man. Of all the majestic megafauna, of all the animals in the constellation, why, you might ask, would Barnum or Bailey sever this great striped leg, if only to show they can? Power, as it turns out, is just an exertion of energy; and force, as Hu Shih made abundantly clear, is strictly necessary to maintain peace.

For their solo exhibition at Organhaus Art Space, Chongqing, Knox & Tonner propose a study on balance.

Observing a city in-flux, one whose urgent hunger for activation and renewal is as strong as her thirst for a traditional sense of balance (as dictated by Yin and Yang),
Knox & Tonner have created four diverging bodies of works: A series of resin casts, reminiscent of the hurried slabs of concrete poured throughout the city that are never left to dry before

passersby tread on them, leaving traces of their busy footprints; A film depicting a young Chongqingese man at dawn, swaying in a dance of solitude as he dons a rejuvenating face mask; A large-scale mobile made of local bamboo, recalling the carrying method of the ever-present bang bang men as it attempts to balance a series of sculptural objects, including a video of two young female artists drinking Nongfu bottled water - their backdrop a deceptively majestic waterfall flowing into the Yangtze that actually emerges from a nearby coal plant.

Knox & Tonner’s methodology derives from an observation of provisionality as it relates to balance. Found objects, tools discarded from previous foreigners, and matter familiar to the landscape - from bamboo used in their mobile to river mud used to produce the resin casts - has been informed and sourced from the working methods around them, methods which at first glance might appear haphazard but upon closer inspection reveal an uncanny logic, one inspired by pragmatism rather than stability.

Knox & Tonner are a Berlin-based artist duo, made up of Bitsy Knox (born 1984, Vancouver, Canada), and Christian Tonner (born 1977, Lage, Germany).
Their photographic, sculptural, and video works examine the relationship of the artist to a precarious balance of power, one in which they are constantly at threat of losing control of their subject. Central to this methodology is a practice of provisionality - of transforming tentative solutions into a choreography of gestures.
Organhaus Artspace
(installation view) 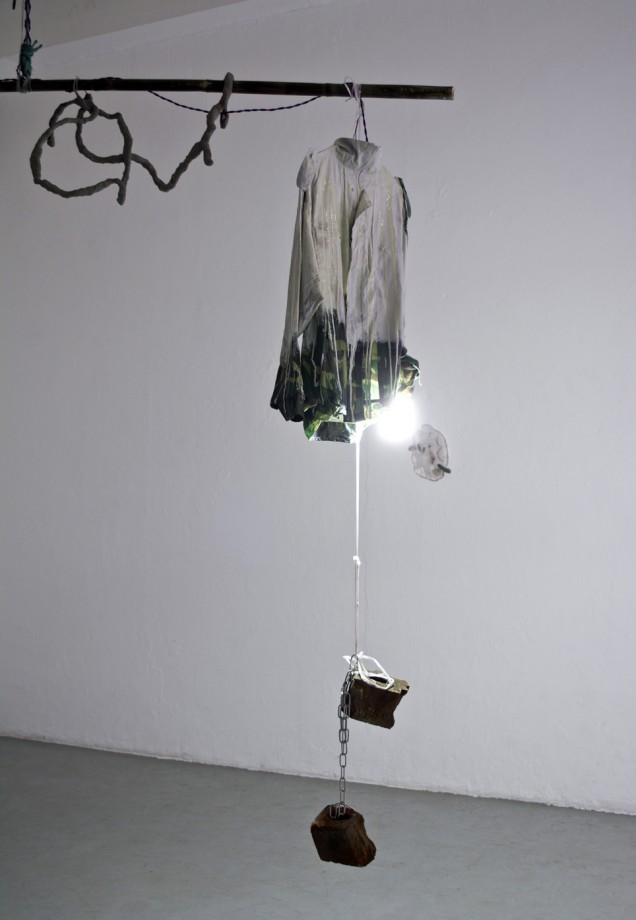 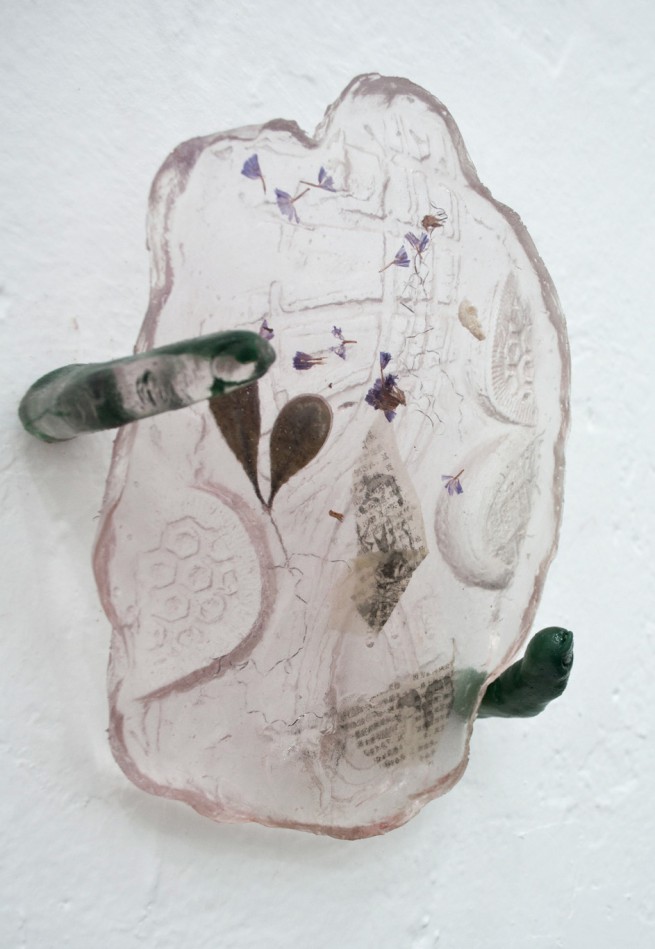